Free shipping on Local Orders over $100 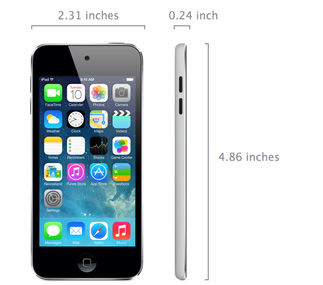 Connect your current accessories to iPod touch using this adapter.

Plug your Apple power adapter into most electrical outlets around the world.

iPod touch and the Environment

Apple and the Environment

Apple takes a holistic view of materials management and waste minimization. Learn more about how to recycle your iPod touch.

Some features may not be available for all countries or all areas. Click here to see complete list.